03 Mar SOMETHING THAT NOBODY WANTS: UKRAINE INVASION

Posted at 18:35h in Sociedad by javierpascual 0 Comments
Share

I would like to collect here some thoughts that come to my mind, after reading and listening some interesting reports and news regarding this sad situation. Moreover, I could read some post of my Russian friends that worked with me in the past, when I had the pleasure to support my company business there.

RUSSIA TODAY IS MORE AND MORE, CLOSER TO THE OCCIDENTAL WORLD

And this is my first reflection: Not anymore, Russian people is considered by Occidental World as a threat, with horns and tails like devils, ready to fight against our welfare. Many Russians have made friends in the occidental countries. Many of us have the pleasure to correspond. Even some build families making bridges between two significant cultures. Global companies are contributing also to the economy of Russia, and this is progress. We should avoid coming back to the cold war.

In fact, in most of the references to this invasion, nobody uses to say “Russia against Ukraine” but rather “mister Putin and Ukraine”.

It is not my role to judge, but I would like to show some facts in simple way. I recommend watching this documentary seies from BBC

After my intention to understand what could be in his mind, it is still difficult to know, despite the detailed information given in this series about his life.

What it is clear to many people, as a fact, is that nobody can stay in power so many years in a country that want to progress. Without any doubt, after some time, this person will not find the right alternatives to govern the country. Also, obsessions, frustrations, and the erosion of being in power so many years, is a thread for progress. Just also to add that autocratic behaviour is not best complement to all of this. By respect, I do not express my opinion about the other many supposed facts of corruption, and not “usual ways” to eliminate opponents and enemies. I listen opinion about his progressive change, from being minor agent of KGB in RDA to reach the post of Chief of FSB, and finally all these years on power. But I do not see, in my humble opinion, that he has reached the level of leadership and charisma that the Russians deserve.

Because, coming back to the origin of this article, what many occidental people would like, is to have a well-developed country well integrated in Europe. Russia has been strongly connected with European civilization since the splendorous epoch of Peter the Great until the Bolshevik Revolution. Unfortunately for the Russians, this Revolution had not created the right welfare and strong middle class. Nice theoretical principles coming from Karl Marx, that Mr. Lenin used as inspiration to create a new era in Russia. But nor him, either Mr. Stalin or many Governments after, were able to reach the aforementioned results. Probably people have an easy life. With many of the principal necessities covered. But as usual, several others were more and more increasing his power, status quo, and enrichment.

When Perestroika put the end to this era, many of this privileged people were taking more and more power and business, becoming Oligarchs, while normal citizens, even more the older ones, feel the unsafety coming from the feeling of abandon of the governmental protection. This could be foreseen and probably, it was difficult to avoid, as the country political conditions changed too rapidly. And surely, the stile of Boris Yeltsin was not the best for it. After him, the current Valdimir Putin, in power in one way or other since 1999, has not been able to change this oligarchy from several individuals. It is true that at the beginning, Mr. Putin has been able to control them, and create some stability and growth, but still very weak, and far from creating the spread of money, today in few ones, and welfare of the population and the middle class.

Whatever the figures are correct (sourcehttps://datosmacro.expansion.com/pib/rusia) , the PIB declared by Russia in 2020 has been 1,293.052M€. As a comparison, Spain shows 1.202.994M€ in 2021 (still to be official). With this figure, Spain is the 14th in the global Ranking, while Russia is 11th. Before us, countries like Germany, with 3.570.620M€, the 4th and India USA China, UK Corea Japan and others. One could be surprised to see that a country perceived as so powerful should be showing economic muscle. Which is not the case.

More significant is that the GDP per capita is only 8.846€ (66th in Ranking), while in Germany is 40.490€ and far Spain with only 25.410€. It is true, that Russia is the biggest country in the world in extension with 147.000 habitants, and it is difficult to be developed in all regions. But there are other indicators that we could bring here, the IDH, or Human Development Index, in which Russia is in the 52nd position. The best score is the debt: In this case, it is only 19,28% of the GDP, but in clear ascend since 2010. Just after 2013 the GDP reach the top, 1.723.922M€. Since then, precautionary measures from Occidental countries were imposed, after initial Ukraine conflict. With the new measures in place, much more restrictive, the foreseen scenarios are much more negative.

HOW RUSSIA SHOULD BE EVOLVING

What happens during the period of Perestroika up to now, is well known. We see Russians opened to Occidental world. Big assets coming from these oligarchs were invested outside Russia. Multinational companies were stablished in Russia. We see more and more, not only the rich ones, but this incipient middle class coming to Europe and other regions on vacations. At the end, what we said at the beginning: After Perestroika not any more Russia has been isolated. And not anymore Russians needs to feel that they were different, of that they were better than the occidental world, in previous times shown to them as polluted, being them the preserve of the mankind in a perfect regime.

Unfortunately, as the numbers aforementioned explain, the economy in Russia has not been following a well-defined industrial plan. If Russia was able before Perestroika to have a strong R&D (copied or not) and the necessary industrial production for their isolated economy, today they are more based on raw materials and natural resources. And much dependant of external production. In this sense, in part of this, and because Russia is integrated in the occidental economy, these precautionary measurements taken by the occidental world today will be causing a significant hurt, not only to Russians, but also to the rest of the world.

Probably the best way to introduce these changes is not to invest in Defence 4,6% of his GDP, three times the one of the EU. It is legitim that Russia wants to recover the influence in the region, but the above-mentioned targets should prevail on it. And most probably, use the force is not the most adequate way to do it.

To finalize, if we look to all these facts, it is a pity to hear today that NATO is more and more necessary and look how Russia use the force to enlarge his influence. This is not, absolutely, the way. Economic development, welfare, make people leave better and better, is the target to make the countries big and proud of their success. Unfortunately, and in both sides of the world, still we have economies with strong base in Defence. And this makes the differences and prioritize the targets in the wrong way. 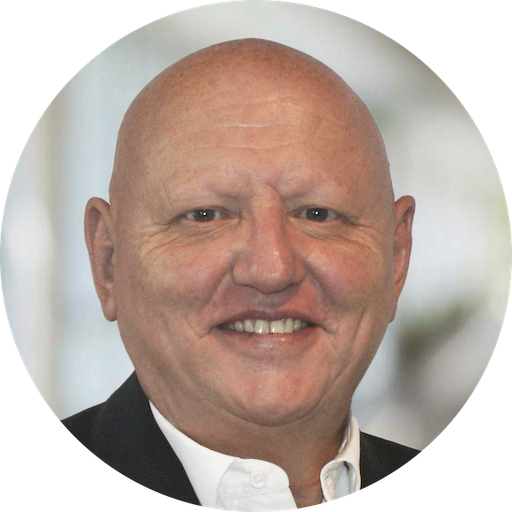