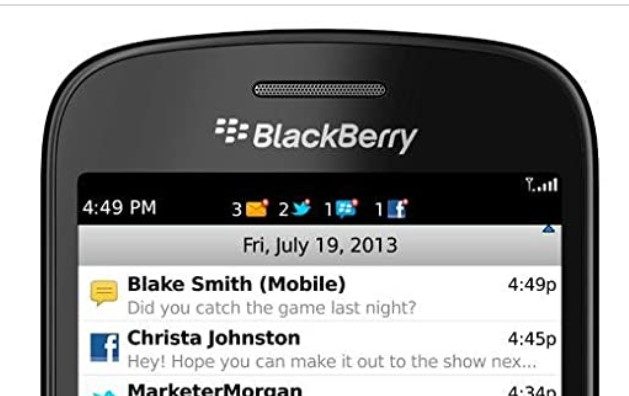 Posted at 06:18h in Tecnologia by javierpascual 0 Comments
Share
This days we can read in newspapers and in Internet a lot of rumors and opinions about this huge and, not many months ago, admired company.

Research in Motion (RIM) is a Canadian company that growth rapidly in the last years. Who do not know BlackBerry, their star product that became a leader in many executives’ pockets all over the world? And lately, with their great free messenger, largely used among many young people.
We will see what happen in several months. Just let us learn a couple of lessons. Open systems are always less protected, but ready to evolve and catch the train. A company should provide to the market just the added value needed by their customers. Artificial cost arguing security or other weak arguments could easily dismantled by the evolution of the technology. Quick reaction to technology changes is a must to survive in this global and very interactive world. If we are in IT, even this is more crucial
I will do a simple analysis about my opinion regarding what has been happening to this company and the way they manage the innovation process and how quick they react to the changes over the market. For me these are two key points of attention to rank the skills in management of a company. I would recommend reading my article Innovation and R&D policy –In Spanish-)
The first aspect we can question about them is the complicate business model RIM put in place. It was successful, as they were sole in the market and they use, as other big SW and HW companies like IBM and Lotus Notes, the security argument to convince IT Managers at big corporations. This argument use to work. In comparison with tools from Microsoft, for instance, these more proprietary and “close” systems can be more robust, under hackers attack, but also very good in the day to day performance.
Also RIM created their own smart phone, with a robust operative system. And the truth, with a very simple and friendly user interface, and also with small keyboard to be used as substitutive for the laptops. Good for the users, and good for the IT managers. Perfect. Also they close the loop implementing a global network of servers to assure push email to the devices and the right interface, replicating the emails from the customers servers into their own network.
Probably this business model was too complicated. And expensive. As usually, proprietary systems are. But grow fast among big corporations. The cost compensated the efficiency of the executives working from any place.
The question that RIM should do, at this point of their innovation process, is how big the business can grow with this approach. And also what other technology changes can come very quickly. The truth is that to do push mail you do not need to use intermediary servers. Furthermore, some global servers have been down a couple of times, alerting millions of customers about this risk of using intermediaries to get their emails. Also Windows mobile increase their platforms on the market. And more dramatic, Iphones and other devices based on Android open systems are cheaper and at hands of everybody. They can provide push mail directly from servers and the man machine interface is more versatile and intuitive using touch screens.
RIM made an extensive campaign to flood the market with their devices, using mobile telecoms companies to do promotion. Target the young people. Create BB messenger. Probably their margin has to be significantly lower than initially. But to survive they have to expand their customer base. Also because cloud computing, Iphones, started to take positions also in the big corporations.
Probably they do some mistakes not being the leader in the change since the beginning to a more open innovation. Smart phones war was there since years ago. Sooner or later this fights should finish giving some winners to the market. Today we have it. Also the SW (Whatsapp grow into the market as no cost in multiple platforms), cloud computing, were in the mind of IT researchers. Would not be difficult for them play with more anticipation. No the market is so active in this area that will be difficult for them to catch the leadership. Already mentioned whatsupp, but also the new devices trying to offer touch screens are not at the edge that you can find in other smart phones